Life revolves around many factors. You have to deal with many aspects of life. Those aspects can be relationships, studies, health, emotional states and several other factors that collectively constitute life.

All the people are surrounded by problems. If they don't have a problem, they create one so they can deal with it and have that sense of achievement. There is also another class of people who tend to run away from their problems.

Most of the problems nowadays are cooked by them in their head, the remaining ones are due to the fact that they let someone or something to weigh them down.

Yes, it's happening! If you sit back and think about it, you will realize that it's the truth. I too have been weighed down many times, I ran from my problems as I sensed that at that time, I was not able to face them only to find out that it is only chasing me and becoming bigger than ever. 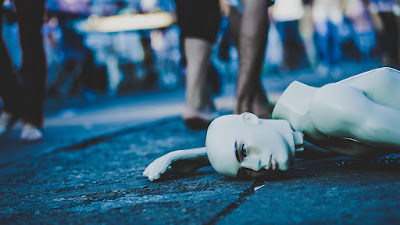 When I observed closely, I am not alone fighting my own inner and outer battles. There are countless number of people dealing with the problems day in and day out.

The issues they are facing because of their own superficial problem(s) created by them, they need to address it by their own selves. By delving deep within themselves or their memories which are responsible for this issue. Yes, most of the times it's a memory or an experience that led to the problem at hand.

Next comes the problems which are because of external factors i.e. when you allow someone or something to overpower you or in other words, to weigh you down. This can be done by anybody, be it your parents, a friend of yours, your girlfriend or boyfriend, your wife or husband, your in-laws etc.

There are 'n' number of things or people that can weigh you down. The reason you get carried away by them is not that that you allow them but they capitalize on some of the factors that I will be mentioning below.

Now, most of you would be thinking that this something internal, own problem. You need to think about it again. These fears are not by birth. Almost all of the fears are fed when you are a child and you carry them with you till your adulthood. Unfortunately, most carry it till their death.

I am not saying that a person should be fearless and put their hands in the fire but yes they should be able to differentiate between the realistic fears and unrealistic fears.

The second factor which is again fed by this society to you is considering yourself inferior to someone over you be it in age or position.

The worst thing these people do to you is to push you down every time you try to rise up. The reason, 'I was not able to do it, how can he do it?' mentality.

They get this inferiority complex on seeing you rising in front of them. The best way is to keep doing what you are doing and ignore such people completely or if it can't be done simply move out of the place. These people as so toxic and poisonous that they will only take rest after finishing you.

Addiction is a very deep, serious topic of discussion and can be of extreme severity. The role these distractions play in weighing you down can be known after analyzing what is your distraction source and the time spent on that thing.

The way you choose your lifestyle also has a role in weighing you down. Living a lavish lifestyle, luxuries of the world, exotic travels, expensive assets etc.all come a huge cost.

The problem with today's generation is that they want it all at any cost and as fast as they can. The actual issue, they don't want to work hard for it!

They end up committing a crime or worst committing suicide when they see that the journey is way too long and the destination is not visible.

This is something that haunts everybody. It is actually the subset of fears but I have kept it separate as past doesn't consist of fears alone, but good experiences as well.

Both, a fearful past and good experiences can be a big obstacle in your growth. Living in past is a slow poison that will leave you with no option but to stay where you are and die a slow death. It's no less than a trap.

I have been limited by all of the above factors and I am trying to correct all of the things but I know it takes time. So I am dealing with it with patience.

What are the things that are weighing you down? Mention them in the comments section below.


Photo by Edu Lauton on Unsplash