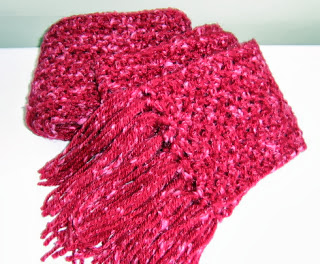 The day went quite well. Raman was able to clear the dirt that took over the case, clearing the view even more. There were two people in the eye of Raman who he thought would have given this conspiracy its fate. He had had several meetings with Shaina and Leena but he ruled out both of them because there was not enough proof which could lead them being considered as guilty.  The clock was ticking by and he wanted to make a quick but apt decision. Sipping up on his coffee, seated in the comfort of his chair at home, he buried himself deep in the list of the usual suspects that he had prepared from the investigation. He rolled out a pen from the drawer and started marking, one by one. He struck off the name of Leena and Shaina whom he had thought of killing Sameer for money.

The third person in the list was Meghna, but being Shaina's mother, she couldn't ruin the life of her daughter. So he struck off her name too, from the list. Now there were only two people who he had the strongest doubt of being guilty, Rajan and that woman whom Shaina had claimed as Kiran's mother. The night had already taken over the skies. Raman's thought was distorted by a sudden cracking noise that came from outside. The flower vase has been broken. That cat has done it again. This thought of him was washed away by the next sound which he heard quite loudly at the first but it faded away after some time. FOOTSTEPS!

Raman stood up in a hurry, placing the cup on the table; he started striding towards the front door. But to his bad luck all he could see was darkness that cloaked the night. He banged his fist hard at the door. Damn! He never thought of someone who could have done such a thing with so much courage. Since it was a high profile case he was working on, he had chosen not to keep any of the officers with him during the wee hours.

Placing his feet on the inner edge, he was surprised to see a scarf, light pink in color, with a silver lining embroidered on one of its edges.  What could a woman be doing here at this time of night? Raman was sure that the woman was related directly or indirectly to the case. He gently opened up the twisted scarf, careful enough not to tear away the rag like cloth.  It seemed quite old, and it was damp too. Throwing one of its corners to read what was written on it, the thing that struck more to his horror was the initials KJ that were neatly weaved on its corner.

Raman, who used to play hide and seek in the darkest of the nights, was now afraid of the dark!

You can read the next part by clicking here---------> Unusual suspect!