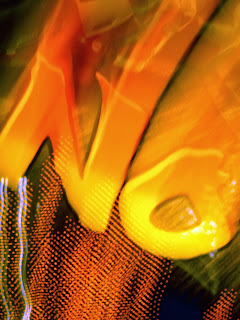 Akram sat in a cubicle like room waiting for the autopsy reports of both the bodies. Who could be behind the murders? Damn! This conspiracy is driving me nuts. He had already sent one of his men to get the phone records of both husband and wife verified. The last call received on Tapti’s mobile was made by one of the members of gang led by Mehul. The gang was famous for the contract killings. The reports, placed meticulously in a transparent folder were presented to him by the attendant. Akram greeted him goodbye and left the place hurriedly. He needed to find some clue which would help him crack the case. His all hope was in finding Samar, but that too didn’t happened.

The moment he stepped out, the media men besieged the SSP with infinite questions. Akram moved aside the crowd sullenly, slipped into his jeep as he got the opportunity. “Get me out of here. It’s nothing but a mess here. These media people always want to get the first piece of flesh. Just get me away from these raucous press.” He growled with anger. The side effects of the numerous sleepless nights were clearly evident from his red eyes and the sudden increase in the volume of his voice. He was deeply agitated, frustrated to the core. After all, it was his first case in the capital. After around twenty minutes, they reached his home. He needed an hour or two of rest for refreshing his saturated brain in order to allow it to form new cells and kill the already dying ones. He carefully smashed the folder on the round wooden table from a distance, making sure that he doesn’t miss his mark. I think I should have a bath first. The bedroom was located on the west side of the apartment. He paced towards the room while unbuttoning his shirt. As he switched on the lights, the view was beautiful but astounding at the same time.

Akram stood still like a stone, his eyes scanning through the aesthetically pleasing silhouette of a woman. She was dressed in a crimson colored halter neck dress, resting in a supine position exposing her well shaped curves in a manner just enough to give any man under the sky an erection. The sparkle of her emerald green eyes were alluring. He blinked hard to gain some consciousness. He wanted to drag himself out of the lusty thoughts which conquered his already weakened mind. “Who are you? How did you get here? What are you doing in my bedroom?” He fired a stream of questions at her in order to cover a wave of slight nervousness that just erupted out of nowhere. He placed his crumbled shirt on his front in order to hide the embarrassment. “Ah! You came so late.” She groaned. Before Akram could say a word further, she continued. I have been waiting for you since past few hours. Don’t you think it’s quite wrong of you to ask a beautiful woman such questions at this point of time?”  By that time, her hands were at his groin. “I…I just want to know who you a…” Akram was forced to shut up by an ardent kiss that lasted for more than a minute. That was enough for the already exhausted SSP to lure into bed for a steamy love making session.

The room was filled with mix of wild and soft moans. He was completely unaware in his mind that the feast would be so delicious after a tiresome day.

Next morning, he woke up from the sordid one night stand, fully relaxed. But there was no sign of the beautiful woman anywhere in the house. He searched the kitchen, the bathroom, balcony but there was not even a fragrance of her.  Damn! I don’t even know the name of her. He scolded himself for sleeping too long. The beautiful dream turned into a nightmare when he realized that all the reports as well as documents related to the case were missing.

To read the next part, click Love or pride?