By Saurabh Chawla September 03, 2013
This part is in continuation to the post The perfect plan. 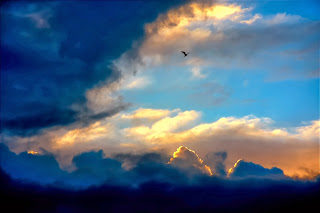 This is a job done by an insider. Akram thought as he stood upright after examining closely Tapti’s corpse. Her dripping wet, cold naked body was covered impeccably in a soft cotton bed sheet. The lips, nails have turned blue probably because of the poisoning. There was no other mark, not even a bruise so he ruled out the possibility of any brawl. Akram stood 6 feet tall. He was lean but his fully built muscular physique was clearly visible from his skin fitted uniform. He was the SSP, recently transferred from Mumbai. Having handled several cases of extortion, murders etc., he had made the criminals taste the dust under his charge.

The maid stood dumbstruck at the corner near the kitchen. The shock made her dead white. “What is your name?” Akram asked from the grief stricken maid. “M-m-aya” She replied as she trembled. Akram knew that it was  seeing a corpse for the first time in life was troubling her, but it had to do more for being blamed for a murder, that too a cold blooded one.

“Maya, listen carefully. You need not worry. If you haven’t committed the crime, you will not be harmed at all. All you have to do is to cooperate with me and tell me what all exactly had happened since morning.” Akram admonished. “Nothing unusual. I made the juice for her and kept it on the table in the lawn. “ She replied. “After that?” Akram intervened. “I-I came back into the kitchen to make preparations for lunch.“ Akram was not satisfied with the vague reply. He gestured his men to collect whatever seemed to be suspicious, especially the fingerprints. He sneaked into the bedroom in a hope of finding something worthy.

It was a large room with peach colored walls on two sides and pink on the other two sides. It housed a huge round bed, a big cupboard, a mini freezer, a chandelier that shimmered with golden hue at the centre of the ceiling and a forty-six inches wide Sony Bravia LED television which was supported over a sleek stand was located at the far right corner of the room. The perfectly pleated curtains embellished the elegance of the room. All seemed normal, intact. There is no sign of fight. There is also no sign of burglary. It has to be an insider, someone who knew the in and out of her life. He picked up her mobile phone which was placed on the bed and strode out of the room.

Akram approached a terrified Maya. she was constantly pleading over and over again to let her go. “Maya, do you know where has the owner of the house, Samar Mittal has gone?”  He enquired. After a minute of pause, she came to her senses and replied “No sir. He normally stays out of town only. Madam must have known where is he.” All I am left with is this mobile phone, the juice glass and a few finger prints. I wonder where now this case will link to.

Rains had already started pouring down non-stop. Akram was relaxing at the weather beaten local police chowki. He sank in his chair, relaxing his aching back. He rested his legs on the worn-out table placed in front of him. This was the perfect time to enjoy the masala chai with mouthwatering onion pakoras. He liked the delicacies served piping hot, especially the tea. He was pondering on Tapti’s call records. He wanted to get at the bottom of this conspiracy as soon as possible. Something is there which is not right.

The last call she received was deleted from the mobile call log. He was preoccupied by numerous thoughts but soon was distracted by the ringing of his cell phone. Akram corrected his posture. He picked up the call which was from one of his fellow officers. “There is an emergency sir. A body of a thirty something man is found at the Mehrauli-Gurgaon highway. There is a bullet mark on the right side, probably which pierced his heart.“ The officer said. This was something Akram didn’t like. A conspiracy in between another unsolved case was something not his cup of tea. “All right. Do the needful and send the body for autopsy. I am already in the middle of a case and I prefer not to get distracted in the middle of it.” Akram bellowed. “Sir, I am very well aware of the case you are currently involved in but I am sure that you will be interesting for you to know that latter is related to the former?” He said simply. Akram sprang up from his chair. “What’s the name of the victim?” He asked hesitantly. “I have checked his wallet…” “What’s the name of the victim?” Akram growled. His horrors  turned to reality when he heard the reply. “Samar Mittal.”

You can read the next part by clicking Beautiful nightmare.