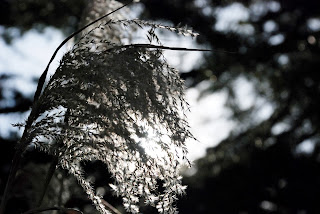 Mehul laughed in mirth. His plan succeeded after all. Someone stood beside him a woman named Nikita. She was the same woman who had had a one night affair with many men but last night was special one. “You played your cards well, darling.” She chuckled. “A tired man can only be treated with a massage and if that is done by a beautiful woman like you, that is the best combination. Sometimes it can be deadly too, though.” He held her by hugging his arm around her curvaceous figure, drawing her closer. She relieved herself from his mighty grip instantly. “So what’s the plan now, honey?” She asked crossing her arms. “As you know, Samar was having a secret affair outside his marriage. Tapti came to now about it. She hired me to kill him for a fat amount of fifty lacs.” He said as he saw her eyes widened in surprise. “Why so surprised dear?” He asked sarcastically. She didn’t utter a word. She appeared as if a paralytic attack succumbed all her senses. He continued, “Then you came to hire me to kill Tapti. It was like two birds down with one bullet.” He said, with his tongue in cheek as he swiped the remains of the groundnuts from his gums. When he heard no voice from her, he turned around. She was quiet, absolutely expressionless.
It was a pride for him, but a double whammy for her. She never wanted Samar to get killed. She loved him. Only she wanted Tapti to be out of their way. She had tears in her eyes. She immediately rushed to pick the folder she stole from Akram’s house which was placed on round table in front of her. She felt cheated. The skirmish between love and hatred. She started blaming herself for all the mess she created. She fished out the reports hesitatingly.  The photographs of the bodies made her body empty, soul being sucked out of her. Mehul stood there, confused. “Why didn’t you tell me that you are going to kill Samar?” She screeched. The voice of her woeful shrieks filled the silence. “Darling, it is better for both of us. Now we will live happily. I will be the master, you will be my mistress.” He shrieked. “Never. He was the only one I loved. You can never take his place.” She cried, tears flowing incessantly leaving her emerald eyes blood red. “I am going to tell everything to the SSP.” She turned around and stormed out of the huge iron gate. Furious by such a reaction, Mehul drew out his pistol. The refill still has 2 bullets left. One for the her, other for that SSP. Only one lion serves as a king of the Jungle. He ran behind with all his might behind Nikita.

~~~~~~~~~~~~~~~~~~~~~~
Akram was at the police chowki, wondering about last night. If only I might have controlled myself, I wouldn’t have created this situation today. The report had been sent to the Commissioner regarding the most relevant documents getting stolen from the SSP’s house. In the talks with the Commissioner, the newly transferred SSP tried hard to convince him but due to his hapless fate, he was rendered hopeless in this case. Only a miracle can save me from this now. He prayed to god to take him out.

~~~~~~~~~~~~~~~~~~~~~~~~~~~~~
Nikita was running for her life. The folder containing the documents tightly clasped in the fragile fist of the left hand. the right one clasped the left shoulder, injured by a bullet which tore her posterior deltoids fracturing her shoulder. She wanted to reach to the SSP as soon as possible. Mehul with few of his men was following her. Every small path between huge edifices or any small street which could help her escape from his hands were covered by his men.  It was the matter of his pride for him but for her, it was a matter of love, sacrifice and most importantly the realization of the guilt which she committed unknowingly.  She made it far from his den. Her left shoulder bleeding profusely. The police chowki was paces away. She had a sigh of relief. "Help me! Help me! SSP sir! Hel…p m…” She fell to ground as another bullet from behind pierced her spine. Akram heard the shrieks and rushed out without wasting another moment.
The encounter lasted ten minutes. Mehul lay dead as Akram shot him straight on the right side of his chest. Nikita knew her time had come. But she was not afraid of death. She was smiling as Akram held her tight, her head rested on his lap. “Somebody call the ambulance.” He shouted on top of his voice. Nikita who was breathing heavily, each second was important for her and moreover for Akram. “N…o S…S…P, I  don’t…..w…a…n…t t…o l…i…v…e n…o…w!” She gasped for breath. “I a…m g…uil…ty a…s I tr…ie…d t…o get…l…o…v…e b…y for..ce.” She breathed her last a few minutes after. She told Akram about Mehul’s hideouts including place where he could get all the proofs regarding the case. “What if all what she said was a lie?” One of his fellow officers asked. “You know one thing officer?” Akram asked. “What?” he asked , raising his eyebrows in surprise. “There are two times in a person’s life when he doesn’t lie, one when he is drunk and other when he is dying!” “Now if the talks are over, can we search out the place?” SSP adjusted his cap. They started searching out the place.

One year later, Akram was posted in Mumbai again. He was with his family on a holiday on a cruise trip. Enjoying the cool, calm breeze in  the middle of the ocean, Akram looked at the ship as she cruised over the water. Suddenly, he saw a reflection of a woman. He looked closely, she was Nikita, thanking him for his efforts. He smiled and waved his hand to say goodbye to her. Love can’t be forced, it has to come from within. Memories can only be felt, one cannot live their life in memories.  With this thought in mind, the SSP smiled and started playing with his children.