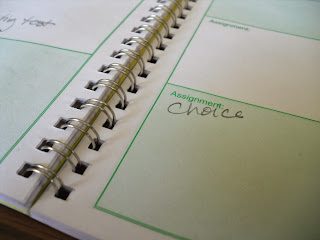 In the month of July, an unexpected event occurred in Tapti Mittal’s not so erratic life. It was like a black-hole overshadowing her, ready to swallow her deep into itself. A lot of unexplainable things had happened earlier, but this was something which couldn’t be ignored at any cost. She was sitting in the lawn, on a fragile off-white chair. An exactly same colored table with a small elliptically shaped mirror placed on top lay in front of her.  She looked at her own reflection hesitantly. Something was amiss, the charm, the shine, the tenderness of her skin didn’t even stood close to where it was before the unusual event happened. The soft grass which gave her a sense of relief was now pinching like a thorn beneath her naked feet. The maid dressed in white cotton dress with an pinkish-orange hue apron embracing her front brought a concoction of orange-pomegranate juice and placed it carefully on the table. She scurried inside the house to make preparations for the afternoon meal for the Mittals. Tapti seemed distant from all the chores which she performed everyday.

Waking up early and performing a power yoga session was a must to handle the whole day’s stress, but today she was not into her own self. Her eyes were reddened because of numerous sleepless nights. She was taking a stroll in the lawn, dressed in a chocolate-brown night dress, which gripped her delicate frame impeccably. Many a times Samar, her husband had asked about the thing that bothered her to the core, but the answer was only silence. Ultimately he had also given up. Fifteen minutes had passed since the maid left the juice on the table but she didn’t have even a sip of it.

She was just roaming to and fro with her mobile clasped in her hands waiting for the call which was actually the reason of her being so preoccupied that she even forgot to eat. Soon, the wait was going to be over. Exactly at 08:00 AM, the phone rang, causing a shiver to crawl through Tapti’s hands. She controlled herself, preventing the mobile to slip because of the coldness. She blinked her eyes in order to make the vision clear. The screen flashed Private number calling. She knew it was the time. She picked up the call the very next instant. “The work has been completed with perfection.” She heard the voice on the other side. “Hmm…” She acknowledged and hung up. She needed to have a bath to curb the uneasiness which prevailed. She picked up the glass containing the juice and gulped all down in one go. She entered in her room located at the south of the villa. Within moments she slipped off the night dress off her. She stepped in the shower allowing the warmth embrace her. She felt the crystalline beads slipping downwards from her head to toes draining out the tension from her body. The numbness took over her till the time she felt nothing at all.

You can read the next part by clicking Double trouble.