How I made him smile, again!

By Saurabh Chawla December 22, 2013
'Memories can be deceptive sometimes. What do you think?' Aditya asked. We sat comfortably on a square ruddy sofa placed impeccably in the lobby of the 'Lal Mahal'. I still remember how people used to misinterpret the lovely bungalow to be a monument because of the antique-like name given to it. Aditya Lal, who was the sole owner after his father's demise, changed a lot since the last time we have met when we said adieu to our not so ordinary college life. At that time, he used to be carefree, jolly person like a rich brat having no problems in life. All his problems were solved by only one thing which is possessed by very few of us, money!

'It was a long time back Adi.' I snorted. A short man about five feet three with pencil cut moustache, deep set eyes brought to us the hot coffee in the exquisite cutlery. Adi gestured him to place the cups on the square shaped glass table placed at the center impeccably, to maintain an equal distance from the four sofas placed at its four sides. 'So where were we, Saurabh?' Adi resumed after the servant disappeared behind the wooden door of the kitchen. Before I could say something, he had already recollected he memories of the talks which we had few minutes before. 'Ah! The foolhardy boldness I used to possess, sorry, we used to possess in the college days.' 'Not foolhardy Adi, we were bold enough to confront anybody and everybody.' I simpered.

He raised his hand curtly, indicating me to have the coffee. I was surprised by the behavior so grandeur. But somewhat I felt from inside that Adi was living a life which he did not want. He was living a lie. His eyes, his big, round brown eyes were showing a wave of unrest building up in him as a result of being living with manacles all these years. I wanted him to relive the old memories. How we used to have fun, approaching any girl for a date he or I liked, freaking out in the bar etc. But now had changed a lot. I wanted to make him aware that his true life lies somewhere else and not here. I quickly finished the coffee. He sat in opposite to me, cross legged, dressed in more than a formal attire. I recalled an old incident which I thought might refresh his lost memories of the fun moments we had. Before he could make any curt gesture I sprang up and sat down on the sofa placed next to his. I was aware of his irascible nature he used to have in the college time. I wanted to narrate an incident just to bring a smile on his cold face. Without waiting for more time, I started speaking. Before I spoke, my mind was saying constantly to me, Guess what, you can make him smile! 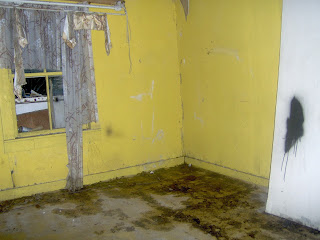 'Do you remember the hostel incident?'  I asked excitedly. 'Which one?' 'When we used to stay in the hostel at the time of engineering.' The stories of haunted hostel were very common. A story about a girl hanging herself from a fan in room no. 311 on the top floor was spread like a wildfire as soon we joined the hostel. I could see him relaxing by now. He sat comfortably. I continued. 'I still remember a student getting fever when he just visited the room in the night.' 'Ah! there you go!' He was becoming calmer and smiling by now. 'I still remember that incident. It was ...it was hilarious.' There was a guy named Nakul who actually was a geek. One day we forced him to go up and check out the room. He resisted at first but later he agreed on a bet that if he doesn't find a ghost there, we would give him dinner treat at a restaurant of his choice. But our plans were different. As soon he knocked the locked door he heard a same knock repeating from inside. Terrified he was, returned on the ground floor and informed us about what he just felt.

Aditya was laughing by now. I was happy that I made him smile after so many years. I advised him to live his life and not somebody Else's. He thanked me for joining him for the coffee and apologized for his icy attitude. I understood it as it was a part of his lifestyle by now. We talked a lot recalling every single funny incident we shared together. I made him, my friend smile once again. It's a wonderful memory for me today.

This post is written for contest 'Guessing game with my friend' sponsored by Dove and Indiblogger.