By Saurabh Chawla September 17, 2014
Disclaimer: The characters, incidents etc. are a result of author's imagination and bear no resemblance with anyone living or dead. If such a case arises, then it is purely coincidental.

One day I will be free. The day will come soon. The words had swept across Manan's mind since his arrival in prison. Once loneliness was his enemy but with the passage of time, it was his only friend. Spending his time in prison, he never kept his mind free. His time was mostly spent planning an escapade or learning new things. Since his arrival till now, he had acquired the skills to speak five languages and gained strength physically through exercise. 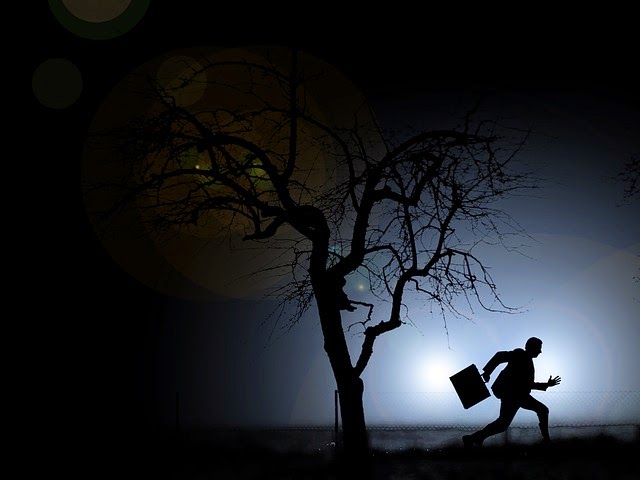 Initial days of prison were not at all tolerable. Eating stale food, having sleepless nights with nightmares haunting in the day time too was something that preoccupied his minds. "I am innocent. Leave me alone!" The shrieks ended in deaf ears and soon he found himself in a six by eight brick walled prison cell. The foul order of the toilet placed at far right corner made it even more worse. The only option he had is to be friends with the loneliness and the foul smell didn't bother him anymore. A hawaldar carrying an old steel plate approached his cell with slow and steady steps. "Here take the food." He yawned as he passed the plate with hardened chapati and bowl having a liquid which appeared boiled yellow colored water towards him.

The cell was completely dark except a lamp that hung from ceiling threw some light that covered some inches of the dark padded cell. When hawaldar saw no movement, he grew suspicious. Taking a torch in his right hand, he circled the beam to have a quick look inside the  cell. He saw Manan sitting at the corner scribbling something on a piece of paper. "Didn't you hear me? Food has come, eat and then sleep. If my senior will come to know, he will thrash you hard!" He warned. When he saw no reaction from Manan, he moved closer to him. To his surprise, he spoke out, "Have you ever tried to hear the silence?" Hawaldar got angry on hearing this. He had dealt with prisoners with psychiatric troubles and seen many becoming mentally unstable between the prison walls as well, but Manan was doing this for the first time.  "What?" He revolted back. "I said, have you ever heard silence?" Manan sprang up on saying it the second time. "What are you saying? How can one hear the silence? It has no sound! Now eat your food and go to sleep!" He bellowed.

"You know what? This is the only problem with you all." Manan grinned. Hawaldar's eyes were red with anger. He paced towards Manan and snatched the paper from his hand. "What are you writing?" He flatted the crumpled paper and started reading. On it the following was written in fresh ink:

Time has come
To fight with abundance
Wait for me cos I am coming
To take the longed vengeance.....

The bottom of the page was written with rough hand which the hawaldar was unable to read. As he finished reading the text, he felt a sudden rush of pain in his head with vision getting blurred every second that passed. A deep shriek filled the silence of the prison cell. Holding his blood filled head in his hand, Manan whispered in his ear, "This is what it feels like listening to the silence. It has nothing but the pain." His whisper was growing loud. "The pain of fear, the pain of loss, the pain of vengeance....." With a guffaw he screamed out the name which the hawaldar failed to read, "Jayant, your end has come....."