Getting Physically Involved Before Marriage? Why or Why not?

Disclaimer:- The views expressed in this article are author's own views. Author doesn't intend to harm or challenge anybody's perspective about the very same topic in any way.

We have made a big deal about it, like a small matchstick could give rise to a huge fire, a small talk about this can surprise many of us. Some may get shocked out of it too! Why we give this so much importance? Being pure as a volcano that hasn't been erupted before the day when the lava inside it boils till it reaches the brim.

Many of you might be thinking what this guy is trying to say. Well, I assume this to be a true question by now. I am talking about the purity which we ought to follow till we are tied down. Why is it so? Why is it always we have to refrain from doing this and doing that? One side of the story is that the society wants us to be independent thinker, independent doer, sole owner of our own decisions then why we have to worry about certain decisions about the same society? The other side of the story is that the same society will criticize you for the deeds you do. Which side to choose?  By now the clouds that has taken a toll on your thoughts would have been started fading away. Well that is also my assumption.

Now without talking about here and there I would be talking about why I am writing this post today. The main topic I would like to jot down giving out my perspective on the very same issue our society has made a taboo, a huge fire out there lit up by a small matchstick which is even smaller than the length of your index finger. A lot of Why's, How's, If's, but's are there. I would try to answer this through my perspective. 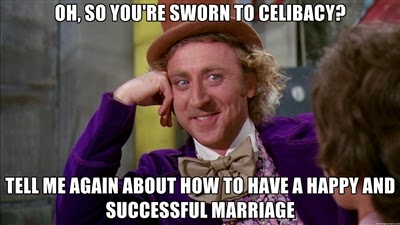 One side we are pacing towards 21st Century, progressing as fast as we could, on the other side we are holding ourselves to progress. These words by my Economics lecturer echo in my mind every time I think about this. He said, "After marriage, money and responsibility is all what matters, love is a foolish thing!" Now if I talk about it, money and responsibility is now shared equally by both the partners both before marriage and after marriage as well. The only difference is that after marriage you are legally bound to do the needful but before marriage you are free to do depending on your will. The society is scared of your freedom! I would like to ask one thing here, if two people marry, does it guarantee that both would be physically satisfied with each other? Then they get involved in extra-marital relationships. I won't say that love is a foolish thing as I have felt it myself and I count it as a blessing and not foolish.

Coming back to main topic, according to me, I would say that getting physically involved with someone before marriage is not a big deal. As there are many health benefits of it which you already know about as well. But there are certain things which I feel like I should share with you all. Getting involved on mind and body level is something a great experience. But we all have created such a menace about it that most of us feel it as a sin before marriage. It's not a sin to go to bed with the person you love! Also, if you have done it, it doesn't matter you were going through some emotional hormonal changes or just for fun, take responsibility for it. Be ready to face it. In fact, there have been scientific studies that it helps you overcome your normal anxiety and the nervousness about the issue. I could write a book about the topic here.
I have seen many boast about it no matter with their friends, peers etc. like girls say "Oh! he was Okay last night, nothing in front of me!" and boys say "She didn't want me do stop for even a minute, I was that wonderful!" These are all boasts which I have experienced myself.  Do boast but make sure that the world is a small place and small talks spread like wildfire. So it might be the case that it gets into the ears of the person you are boasting about!

In a nutshell, I would say that it is no bad or no sin doing it unless you are not abused or used or doing to vent off your frustrations. Do it with love and know it clearly why you are doing it! A person comes in contact with millions of people in his/her life time, love is something which is bound to happen.  But it doesn't mean you have to get involved with every other person unless yo are a paranoid or doing researching, experimenting for a science journal :D. Do it with the person you really get a spark with. Yes, sparks do happen in love, I am not saying this because of some movie dialogue or a love story book I read, but I myself have experienced it. Just take responsibility for your actions and do it mutually, not forcibly!

Now it's your call to let me know your perspective about what you feel in the comments section below!

Do check out the book, Poonaam Uppal's True Love - A Mystical True Love Story on Flipkart.