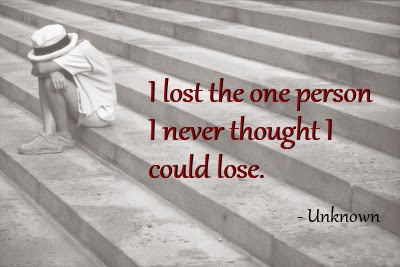 It had been four long years since Riya had slept calmly. After the death of Vikram, there was a lot of stress on her. To relax her nerves, she visited many psychiatrists, took many tranquilizers, but her condition was no better.  Her friends tried everything from music to her favorite movies, but to no avail.
She always wanted to be isolated from all and sit alone for countless hours. During the entire night, she used to stay awake till late and talk to Vikram without hearing any reply. Seeing her deterioration, her childhood friend Malini decided to stay with her at her home.
Malini had a slender but nearly perfect physique. Standing at five feet six inches, she definitely was a head turner. With her near waist length straight black hair, she would make many men go crazy for her. When asked by many that why would anybody stay with an insane person like Riya at her place? "She is so depressed that she could kill herself!" Other sayings she would hear were that "She could kill you as well like she killed Vikram!" All the time Malini was surrounded by her friends, she would be forced to stay away from Riya. But Malini made every mouth shut by saying "She is my childhood friend. If anything like this ever happen to any of you, would you not need anybody to count upon?"

After lot of struggle, she shifted with Riya. Riya was slightly less taller than Malini, she stood at five feet four and a half. "How beautiful you were Riya! What happened to you?" She would implode. The tormented feeling inside Riya were felt by her only. She wanted to stay alone but being a childhood friend, she couldn't refuse Malini to stay over.

It had been a week since Malini had stayed with Riya. The day was well spent as they went for a movie and returned by late evening. Riya was reluctant at first but on insistence of Malini, she agreed. Malini was happy on seeing her friend getting recovered but on the other hand, Riya was not that happy with the intrusion, but she still kept quiet.

One night Riya approached Malini as she was using her laptop. Riya was infuriated from within as she didn't like anybody to use her personal belongings. Moreover, it had pictures of her and Vikram. "What are you doing Malini?" Riya asked angrily. "Nothing, just checking out deals online for buying something for Riya!" Malini thought of getting a gift for Riya so that she could deviate her mind from her troubled past. So she was checking out amazing eBay coupons at CupoNation, one of the leading couponing websites where one can find great deals and offers for categories like fashion, books, food, electronics and lots more!! But the anger that welled up in Riya didn't make her realize when she picked up the knife and stabbed Malini. The moment she realized, it was too late!

Disclaimer: The above story is a work of fiction and all the characters are a result of author's imagination. Any resemblance to any person living or dead is purely coincidental.