So, want to be friends? 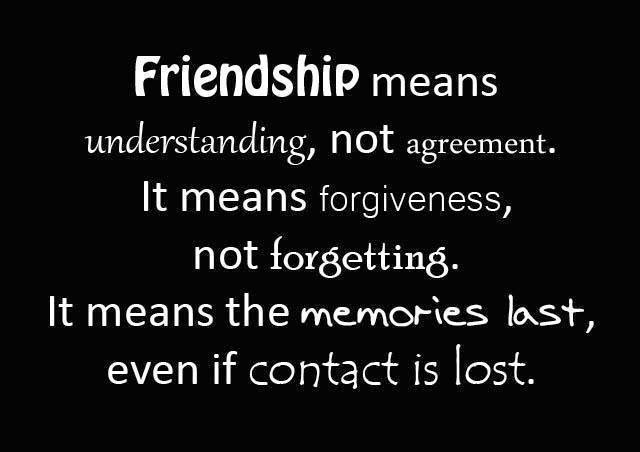 Friendship, a word which breathes out trust, loyalty, most importantly a sense of understanding. Nowadays, these factors have lost a charm in most of the cases. The only aspect today is being busy in whatever you are doing while neglecting people around yourself. The busy working schedule is to be the most rife reason. Busy on Facebook, busy on Twitter, busy writing a blog, busy writing a book! Lots and lots of these type of reasons you would hear from your friends. It happens with me too. Here comes the point of understanding as how much understanding you are with you your friend. How much personal space is needed by your friend. Would you be able to give that much space to your friend?

Here kicks in another question. Is your friend of the same gender or opposite gender? Seriously speaking, I guess that there is a hype of being a girl and a boy can't be friends. Okay sorry to say it incompletely. A girl and boy can't be friends forever! Well it's like the concept of magnetism. Opposites attract. Simply put, if they are friends, some time in future they would get out of their friend zones and would start loving each other. Haha!

This is the law of magnetism that opposites attract. This means that if you have friends who are of opposite sex, you would fall in love with them eventually. But this happens with only that special someone, right? This law fails in this case then.

Click to Tweet: Till the time you are together, there is trust, there is understanding between you and your friend, then gender doesn't matter.

Now many people demand many things but when it's their turn, they are not willing to give. They expect you to be always there when they need. The opposite is there when you need them. This means that in a relationship you keep on giving without getting anything in return. Such a relationship, regardless of the fact that it's a love relationship or friendship, in most of the cases would cease to exist after some time.

Men and women are made to stay together. It is said that man is incomplete without a woman and a woman is incomplete without a man. If that would have not been the case, why would half of the skills be imparted in women and half in men? The only reason which I can think as of now is that either of them would not be able to handle so much of it :). Nature always balances itself. We are formed from the nature's elements. What does this conclude? We have to balance whatever we do.

Good and bad complement each other. If there would be no crime, there would be no need of any defense mechanism. All we have to do is to balance ourselves. An aggressive man is calmed by a calm woman. Here I must say that the law of magnetism is applied again. Opposites attract each other but I would like to add on to this. Stay with me on this. Opposites attract each other but it is not necessary that they would bind with every opposite end.  In my opinion, I would say it again and again, like any relation, friendship is a special relation which comes with no hard fencing, no hard commitments but only two important aspects viz. trust and understanding.

Do take out some time to check out the video below:


With these two aspects, respect for each other automatically comes. I don't give a damn to whether that friend is of same gender or opposite one. After all, a friend in need is a friend indeed!  So want to be friends? What's your take?