Note: This post is continuation of the post Silence of the night.
It's advised to read that part before continuing reading this one.

It is usually said that where there is fear, there is somon who can smell that fear. The same thing was with Prashant Singh. The inspector was often called the mafia of the police department. A dedicated officer, he had joined the police force with two promises to himself. One, never let fear come in his way of doing his work. Two, never let fear out of the lives of the criminals he dealt with!With these two promises, he did a great job. 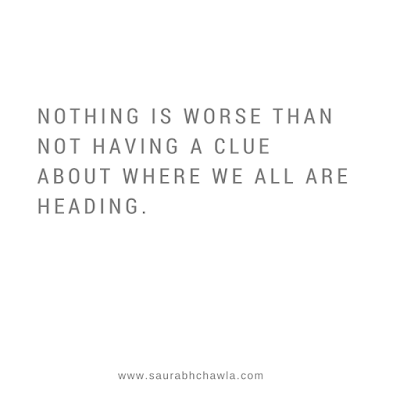 While sitting at his desk, he was scouring to clear unused files and papers, he got hold of a photograph of a woman. The woman in the picture appeared chubby with witty but promising eyes. He turned the photograph to look at the back. A message was written in fresh ink. It read, Murdered last night. Some time later, telephone rang.

"Hello, this is Prashant Singh." He paused. "Prashant, this is DGP Kaul." Without waiting he responded, "Yes sir!" DGP continued. "I want you to visit me at my office. I have an important case for you. It needs to be solved as soon as possible." Prashant replied, "On my way, sir." He disconnected the call.

He took a closer look at the picture of the woman. Turned it several times to look for some clues, any signature but he was not able to find any. He meticulously placed the picture in the front pocket of his shirt. He left for the DGP's office.

About twenty minutes, he was at Kaul's office. Kaul was a man in his late forties with short height, cherubic face with red cheeks, which resembled typical Kashmiri look. Prashant gave a slow knock at the door before entering the office. "Prashant, glad you came at the earliest!" He sighed. "I have an important case for you to handle. "I would do the best I can, sir." Prashant replied with enthusiasm.

"Have you heard the name of Jyoti Sharma?" Kaul asked. "Who hasn't heard the name sir? She is the daughter of our honorable home secretary, Mr. Ambuj Sharma." Kaul was listening intently. "Yes, you are right. Then you must also be aware about the fact that she was about to get married to Vikrant Karve?" "Yes we all know that, sir." Prashant snapped.

After a long pause, Kaul spoke up after a heavy gasp. "Jyoti has been found murdered last night near the front gate of her house. Prashant listened, digesting every word slowly. "We are in no position to make any arrest or put a suspect trail on anybody at this very moment. I want to take over the charge of this case and solve it as soon as possible. We are under lot of pressure from the party!" Prashant replied quickly, "Sir, there could be a chance of the involvement of Vikrant Karve in the murder. Maybe he didn't want to marry her or some other reason!"

Kaul stood up and turned around thinking of something. He turned back to face Prashant. "You are partially right. But, unfortnately, you have to think the other way round as Vikrant was also found dead under mysterious circumstances." He handed a photograph to Prashant. He looked at the picture and turned it backwards. A message was written. It seemed familiar, Murdered last night. The only difference was the verse written along with it:

Prashant brought it near his nose. it was written in same fresh ink as the picture of the woman he got. "Any picture of Jyoti you have sir?" Prashant hesitated a bit before asking. "I haven't recieved it till now." Prashant removed the picture from the front pocket of his shirt and handed it to Kaul. "Yes. She is Jyoti Sharma." Kaul snapped instantly. "How did you get this?" The question was not important to Prashant. The important question was, who sent these pictures to DGP and to him? Unfortunately, he didn't have the slightest clue about it.