By Saurabh Chawla August 13, 2015
Note: This part is in continuation. Please read first part Why fear your own shadow?
before reading this part. 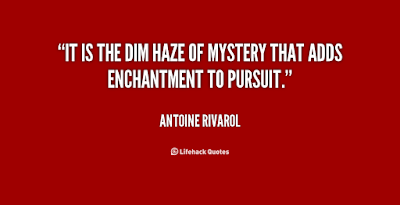 Vivaan's case, being a sensational one, was a top story in the news. It required the top cop to solve the mystery. That top cop could be no other than ACP Shrikant. ACP Shrikant had been in service for about ten years. He had solved toughest of the murder mysteries which were regarded as to be reached a dead end. Shrikant had sturdy, muscular built. He had been promoted in his early years to the position because of his swotting attitude and impressive track record. However, this case was not as simple as it seemed to be.  Come out of your cubbyhole, you moron.

ACP Shrikant sat on his chair analyzing the case. The cup of black coffee lay at one of the edges of the table since last about fifteen minutes. After reviewing the file, he banged it on the table. When this will be solved? I am tired of this all. All suspects are proved innocent. Who killed Vivaan then? He gulped down the cold cup of the black coffee absentmindedly. He stood up from his chair and moved towards the white board on which he had marked the sequence of events. His analysis was interrupted by a phone call. The screen flashed the name of his right hand, his ancillary Jadhav. They were often regarded as Sherlock Holmes and Dr. Watson of the Mumbai Police department. Clearing his throat, Shrikant pressed the green button.The call lasted for few minutes but those minutes brought the lines of worry on Shrikant's forehead. Without wasting any more time, he stood up and hurriedly left the office.

Jadhav and his team were at Aaliyah's Panvel farmhouse where her father, Mohanlal was murdered brutally. Upon entering the room, Shrikant asked the irked Jadhav of his findings.  Jadhav was measuring the distance of the body from the bed. "Sir, our killer also has a taste of poetry." Jadhav said teasingly. "What are you talking about?" smirked Shrikant. Jadhav pointed his finger towards the mirror.  Shrikant was shocked to see the verse written in crimson:

Something is fishy! "Jadhav, we need to find the culprit soon. First it ws Vivaan, now Mohan....." Shrikant paused. "There is someone out there, quick follow me", whe murmured. "What, who?" Jadhav wondered. "Shhh...." Shrikant indicated him to stay low.  Shrikant prepared his Glock 17 and pointed out at a guy who hid behind the side wall. Within a fraction of second, Shrikant held the nozzle at his head. He turned to run away.

"Surrender or die. You can't escape." He warned the belligerent suspect. With two shots fired to injure his knee cap, the reluctant he refused to give up. The excruciating pain pierced every part of his body but he dragged himself on the concrete floor. For all, he was guilty, but for him he was innocent. It was not about the matter of the life or death for him, they are invincible. It was about proving his innocence, not only to the cop in front of him, but to the cruel world out there!

Jadhav pointed at his team to keep an eye on the house. Shrikant returned at the house. "Damn!, he got away. Is everything all right here?" The next moment, a scream was heard. "Thief. Thief". They both rushed to find hysterical Aaliyah  with the maid in the other room. "What happened here?" Shrikant bellowed. "Someone, someone stole all the jewellery and cash from the locker!" said a nervous Aaliyah pointing towards the Almirah which appeared to be broken into. "Anything else is missing Aaliyah?" Shrikant asked. "Yes, My father's gun!"

Life can be mysterious at times. And it is the dim haze of the mystery that adds enchantment to pursuit. At that time, only one question clouded Shrikant's mind. Who is doing all this?