Silence must be heard

Note: This part is in continuation. Please read first part, Why fear your own shadow?

and second part, Dim Haze of Mystery, the third part Bringing Back The Broken Pieces Together and the fourth part Sometimes, you have to start from the beginning before reading this part. 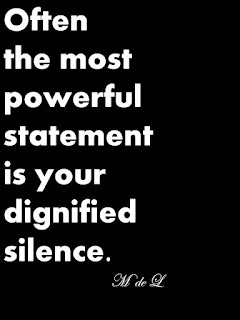 Shrikant sat back on his sofa in deep contemplation. Ishaan was being interrogated at the headquarters; Jadhav was taking care of all. Shrikant was contemplating the sequence of events that took place since the beginning of this case. He wanted to know the one playing a ruse on him. First, it was Vivaan; he died of the car accident. Second, Mohanlal was found dead in his own home with his daughter relaxing in the lawn. The verse written on the mirror was a part of the screenplay she wrote during her college days. Then, the car got stolen. A thief sneaks in, breaks into the Almirah and steals Mohanlal's gun. Lastly, this guy, Ishaan comes into the picture. Now he will help us to solve this mystery.
Something was not right. Shrikant was not able to digest the fact that a thief could have entered the premises and make an attempt to steal, that too in their presence. Who was the guy I shot in the knee? Shrikant tried joining every possibility but still something was amiss. He waited for Jadhav to finish with the investigation. He was tired from the arduous case. He rested back on the sofa and closed his eyes to relax his tensed nerves.

Jadhav came rushing in after twenty minutes. "Sir, Ishaan has nothing to say except he studied with Aaliyah at the University. They were batch mates there." Jadhav sat next to Shrikant. "I see. Is there anything else? What was he doing at Aaliyah's home?" Shrikant wanted to know the missing link. "He says that he wanted to meet Aaliyah but on seeing a police jeep, he got scared so he tried to sneak in till I caught him."  "Oh really, and he thinks that I am going to believe this story?" Jadhav sensed an irate Shrikant. "If we believe Ishaan, then Aaliyah is hiding something from us. If we put our trust in Aaliyah, then it is most likely that Ishaan is lying." Jadhav tried to bring the focus back on the case.

Jadhav is right; we should go and investigate Aaliyah again.

Shrikant indicated Jadhav towards the jeep and they drove off to see Aaliyah. They reached after half hour at her Panvel farmhouse. The maid escorted both of them to the lawn where Aaliyah sat, reading a book. Shrikant sensed an air of doubt clouding over her. Something is not right with this woman. She looks like that she is completely unperturbed from the loss.

Aaliyah welcomed both of them with a warm gesture and offered a seat opposite her. "So, did you find the killer?" Aaliyah asked as she directed her maid to bring Juice for the officers. Shrikant felt uneasy. What is this woman?  She wore a dark grey robe which was raised above her knees as she sat, exposing her silky-smooth, spotless bare legs. "The investigations are going on. We will soon find who is behind all this." Shrikant was studying the expressions on her face. She was calm, her auburn hair pulled back. She kept the book upside down. "W-What was Ishaan doing here? You know him, right?" Shrikant diverted his focus away from the beauty that stood in front of his eyes. It was difficult. Shrikant hadn't felt the touch of a woman since his wife died ten years ago. He concentrated on work after being interrupted by Jadhav. "You both wrote that screenplay together, right?" Aaliyah replied with a nod. "But I am not aware why he came here." She retorted.

"You are trying to hide something from us?" Jadhav remarked.

"No. Why would I do that?" Aaliyah said hotly.

Shrikant interrupted in the heated argument. "I think that you should tell us all truth. It will help us find the culprit sooner." Shrikant said calmly as he gulped down the last sip of orange juice. "I am telling all truth, officers. I don't know why Ishaan came here." Jadhav tried to speak up but was stopped by Shrikant. "I think we should take our leave. Is there anything you want us to know?" He asked Aaliyah as they stood up. Aaliyah stayed quiet, lost in her own thoughts. Shrikant directed Jadhav towards the Jeep.

On the way back, Jadhav asked Shrikant, "Why you stopped me. She was clearly hiding something." Shrikant stood silent. "We were so close!" Jadhav gritted his teeth. "Patience my friend, patience. It is needed." Shrikant spoke up. He knew the irascible nature of Jadhav. The rest of the distance was covered in silence. This silence didn't bother Shrikant more than Aaliyah's silence when they left from her home.

Shrikant was talking in his head. Something is not right here. Why is she remaining silent on the questions? Shrikant remembered her look when they asked about Ishaan. Eyes are the doorway to the soul. If anybody remains silent, eyes do the talking. It is very much essential to hear what the eyes are trying to say when one remains silent.