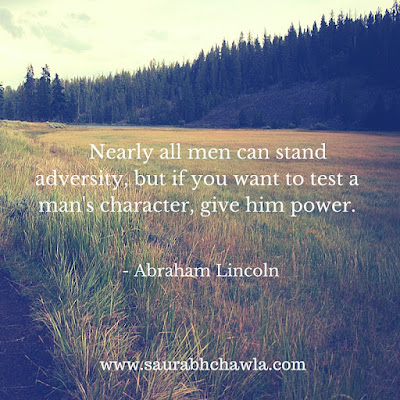 Power is tempting, isn't it? It gives the person possessing it a sense of inner satisfaction. The most important thing which I feel that people have satisfaction with is grabbing a seat whenever they can. That gives a sense of pride in us, right? For me it is, sometimes. From Delhi Metro to politics, everybody in India is trying to grab a seat. Is it a reality or a perception?

A few days back, I was traveling to office via Delhi Metro when I noticed something inexplicable. While listening to a favorite track of mine, lost in its mellifluous tune, I overheard a conversation. I ignored it at first but after sometime it became irritatingly interfering. I removed my earplugs, and found out two beautiful ladies quarreling. The reason, the seat reserved for ladies was occupied by one of them. Other women was disturbed about the fact that she was getting an eye on the same seat since few minutes but the other lady managed to grab it first. Now how kiddish was that? Maybe her pride was lost. The power she craved for seemed diminishing.

Well, this is not just one case. In January this year, on my visit to Hong Kong, I saw two passengers fighting for the window seat with the man behind the desk at the check-in counter. They were like two kids fighting for a cup of ice cream. "Now what to say about it?" The guy behind the counter asked me when my turn came in. I simply smiled.I think that I am not qualified to comment on other people's thought process.

The list is endless. The fight for a higher position is always ON in an organization. There is always an increase in the insecurity among us. But the battle for the seat has been on since the ancient times. And yes, some seats are costly. They will cost one a fortune. So they have no choice except sitting down on it.

I approached Saru who blogs at Words and this is what she has to say, 'Maybe, it is our upbringing where we are told to grab a place before it's late. Or mere survival instinct, but we end up being selfish and power hungry. There is nothing wrong with power, as long as we don't abuse it only for the good of very few people.'

Grabbing a seat creates a feeling of satisfaction, a feeling of power among us. But above all, it is often short lived, right? The one who is after a seat is after all mortal, so why this fight? I reached out to my friend Afshan who blogs at The Pensive regarding her thoughts on the same. Her quick opinion about  power is that people in power change the notion from 'With power comes responsibility' to 'With power comes luxury'.

What springs from earth dissolves to earth again, and heaven-born things fly to their native seat.


Another friend of mine agrees to the fact  that we are definitely fighting for a seat of our choice but she has to say that they are doing it more for satisfying heir ego rather than tasting power.

With power, one enjoys luxury, no doubt but that power is often short lived and so is the luxury. If I am able to grab a seat before someone else or replace someone, I remember the fact that I have REPLACED someone today. Similarly, someone will definitely replace me in future. I would try to have that seat when I deserve it rather than fighting with someone by saying, 'Get up, That's my seat!' 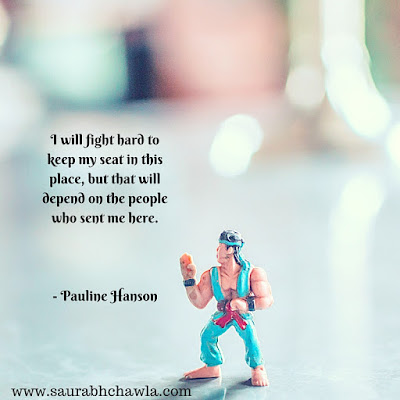 Well, I would like to conclude by saying that I don't fight recklessly for a seat only to satisfy my hunger of ego but think about what I could bring on the table that will be my ultimate use of power and I will make sure that it will be loved by all. As when I will sit on the final seat of my life, I don't want to let down myself in my own eyes.

He will bring us all, rich and poor, white and black, to his judgment seat.