How to deal with conflicts while writing a romance novel

By Saurabh Chawla March 26, 2016
Conflicts are the main thing in any novel regardless of its genre. It makes the building blocks of the story. It is something from which readers are expected to continue reading the novel, making it a page turner or it can otherwise lead to loss of interest for a reader. The  latter part of it is dependent on how the conflict is planned, how it is executed. A well planned conflict, which must also be a believable one or a series of them, makes the story promising to read. It will grab the interest of the readers making the novel a real page turner.

'A conflict must be present in a romance novel. A conflict which will keep the actor away from actress all the time till the end.' 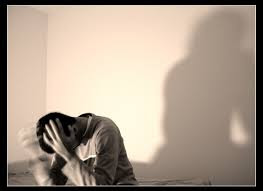 In this article, we would be taking up romance genre. Now in the romance genre as per me, the story at some point of time becomes more or less predictable. We all know the ending of the romantic novel. It all goes well in the end. The conflict has to come out from various sources with at least one conflict between the actor and the actress. This will add some spice in the story making it an interesting read.
A conflict must be present in a romance novel. A conflict which will keep the actor away from actress all the time till the end. This will only lead to the readers taking  interest in reading the story page by page. It is necessary to build curiosity among the lovers of the romantic genre.  Below I would be mentioning how the conflict can be developed as well as dealt with while writing a romance novel.

First of all you have to clear out what your main characters want and how it can bring them in conflict.

While writing the characters personalities, we list their needs and wants from their lives. For actor it would be different, for actress it would be different. For example a poor guy playing a protagonist in your romance novel may internally want to be rich, famous, center of attraction of the women etc. and on the other hand the actress maybe enjoying all the luxuries of life but devoid of love (I am taking an example).

'After the conflict part is done, next what comes into picture is the risk involved.'

Now these internal as well as external goals (needs and wants they are trying to fulfill) can be made into a believable tension among the readers. Like the actress loves the poor actor but the poor actor loves her money only and wants to marry her only for the riches, just to take an example of one form of a conflict. The main aim of the author is to keep the readers engaged in the book. Thus conflict is a necessary part which needs to be addressed between the hero and the heroine in a romance genre.

From conflict point of view, it is necessary ingredient to engage the readers. Second comes the risk if they don't meet the internal and external goals. A risk is always involved in one way or the other. For example if the poor guy doesn't become rich, he could be depressed, broken down , shattered from the core within etc. Similarly if the actress doesn't get the love of her life (which is in our case the poor guy), she may commit suicide making it life threatening.

Lastly, how your characters approach towards their goals?

Now the point arises that whether the protagonists take proper, believable steps in reaching their goals or not. The reaction of the protagonists should be in a realistic way to every situation thrown at them instead of unbelievable, vague reaction to the scene. It will only make the readers being turned off. The steps taken by the actor and the actress must be valid and justified.
As the plot opens up scene by scene, the conflict is resolved. As every problem must have a solution, every conflict must have a resolution. The resolution could be played with many times making one resolution or the other being deemed by the readers the last resolution. The last resolution will be different, of course. This will make the story unpredictable, will keep the readers engaged and most importantly it will be surely a delightful read for the romance lovers out there.
Do share your opinion in the comments section below. Happy writing!
Featured image credit: here