How parents can help to develop their child's future

Acting as a super kid, a 14-year-old committed suicide recently. It followed by another death of a 16 year old girl. The only reason that led to their extreme step was a mere failure to surpass the expectations. The education system in India is the culprit or the parents? Frankly speaking, both of them are equally responsible for the loss of innocent as well as capable lives. The education system, however affects the life at a later stage. The conditioning is done in the home by the parents. The early childhood education imparted by the parents can play an important role in shaping up a child's future.

Here are the things which parents and education system can do to give the best of the education to the kids:

1) Teach the Children - How to be Fearless:

Fear can be of anything. Fear is a natural phenomenon. The most dreadful of the fears is experienced by small children. A lot many times, parents play an important role in passing on the fear to the kids. Seeing the mothers with small children in the malls is a common thing nowadays. A little observation can show that the mother is reluctant to agree to the demand of the kid to buy a toy. The dialogue is somewhat like the one mentioned below:

Mother: 'Don't be so pushy. If you will force me, I will leave you with Papa alone and gone forever.'

The mother knows it very well that coping with the separation is something which the child will not be able to handle. She uses this tool as a weapon to let her child to dance to her tunes. Eventually, it's a false claim which will end up nowhere. The only result of this would be the loss of trust that the child used to have on the mother.

Teaching the children to be fearless is important aspect in the early childhood education. Any fear of similar nature can prove disastrous for the child's mental being. It will not let the child to think freely, explore freely, and live freely. 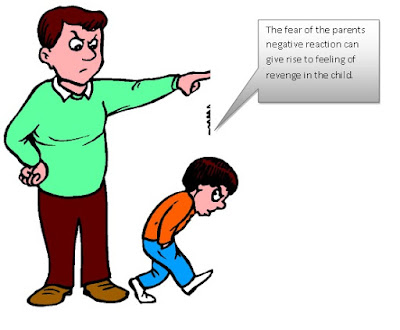 It's a dream of every parent to see their child on top of everything. Is it practically possible? There is no problem with expecting something out from the children but a note of caution is to set the right amount of  expectation, neither too high, neither too low. Setting the expectation which is too high will make the child stressed out. This will only lead the child to take extreme steps like suicide.

3) Teach the Children - The Right and Wrong

The right and wrong are necessary elements for building up the character of the child. The problem is that the knowledge of right and wrong is imparted based on what the society thinks. Society can be right on the thing which you think is wrong and it can be wrong on what you  think is right. What is needed out of the child is important and not what is needed out of the society.

It is true that some of the rules are to be followed to live in the society. Besides the basic rules, some rules can be created which are essential for the child to follow and be the person of character.

It's rife to expect the children to behave as mature people. It should be noted that every individual has different experiences in life. The parents' experience is far more than the child's experience. It should be taken into consideration before expecting a mature behavior from the child. 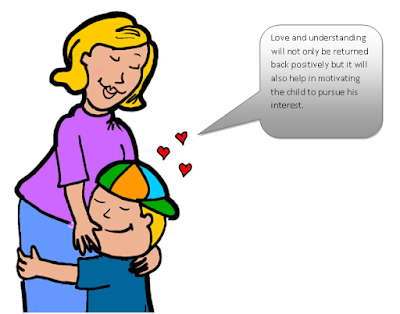 There are several quotations on education, but the following is something worth mentioning:

'Education is the most powerful weapon which you can use to change the world.'

Following are the things which can be done by education system in India to brighten up the child's future:

1) Target the interest of the student

The overall development of the child is necessary. The real trouble arises when the students need to study some of the stuff that is practically useless. It can save a student's precious time and give the student laser focus. The student will be clear with respect to the direction in which his life is going.

If the student is not clear about the purpose or what interests him, then the schools should check the same before giving admissions. The facts can be seen from history itself. All those who chased their interests came out with flying colors.

Oscar Wilde has quoted this beautifully,

'Nowadays people know the price of everything but the value of nothing. '

The same is being followed by the education system in India. People know the price of every course but fail to realize the true value of the course they are pursuing. It takes them to the dead-end and eventually they give up.

2) Take up steps to enhance the strengths, work on the weaknesses

Knowing the strengths of the student, steps could be taken to strengthen them. This can be done by making them practice the tasks involving the skills they are good at. The time taken to build up their strengths is far less than the one taken to strengthen their weaknesses. The point is that the skills in which one is already strong are the ones in which the student is interested in pursuing. Weaknesses should also be taken care of  by experimenting with the different approaches. The best approach should be selected to make sure that the weakness is covered.

3) Take the best advantage of the play schools

Before attending the main school, children are admitted to the play schools. Play schools should make it a point in noticing the strong areas of the child and they can suggest the field(s) best for the child to pursue. Normally, it is done by the play schools but parents tend to neglect it. There could be plethora of reasons for the negligence. Most of them are because their interests are out of the society's acceptance zone.

This might seem a repetition. Like parents, education system is also responsible to impart fearlessness in children. Teaching the children - how to be fearless should be a part of every curriculum. Fear is nothing but a boundary which limits the brain's potential to grow. The progress of the child is affected deeply if they suffer from fear of any kind. 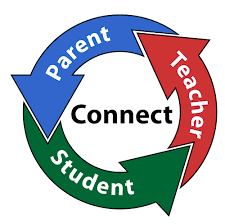 The early childhood education imparted by the parents along with the education system in India can help beat the problem faced by the youth of India today, aimlessness. Living a life without a goal or without any purpose is regretful in the end. If it seems true to you then remember,

'Nothing but a hole, to live without a soul and nothing to be learned'

- Audioslave, Shadow on the Sun

Disclaimer - The points mentioned are author's own views on the subject.