Are You Living On Expectations Of Others? 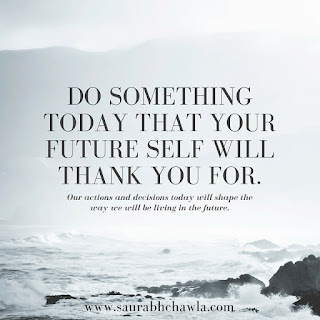 There comes a time in everybody's life when people realize that they is not living. The feeling is followed by constant showering of one question to god, 'Is this the life?'

Where do you think the problem lies? The society in which you are living or is it inside you or the people you stick around with during the course of your life? many of the readers will have one thing revolving in their head, 'Destiny' and some will have the notion that the present is direct consequence of karma of the past life!'

Both points are valid in their true essence but sometimes they can not be held true. It's very easy to say, 'I was not able to study for the exam because destiny doesn't want me to pass it this time.' Not impressed? Here's another one, 'That person is rich because he has done very good karma in his past life.' This happens with almost all of us right?


The last one is added as complaints students receive in general from teachers :D. While growing up, from clothes to school to marks that are desired from the child are tied together in a parcel and gifted to the child.

In India, even the child becomes so much dependent on other people's decisions that he is not capable of taking decisions for his life, not even his marriage. He depends on his parent's decisions, society's thinking to select his life partner. The situations that can arise are listed below:

I recently read a quote which I feel like sharing here: 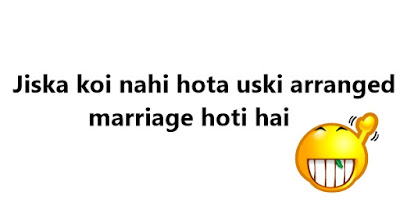 This is not in the case of marriage only but in life too. Marriage is just only a part of life. Then comes the part of luck. Sometimes even after hard work, the things go wrong. It's not like to blame others or life for this, but what you expected out of it.

If you search for the top most regret of people who are dying, you will get to know that living your life on your own terms is essential. Otherwise, you will not be a living being but a piece of walking dead meat.