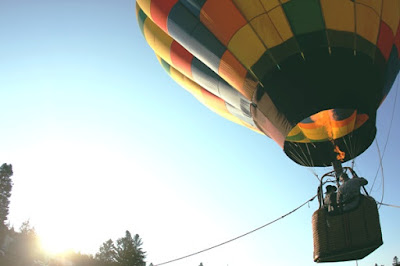 Great things in business are never done by one person. They're done by a team of people.

While studying in college for my MBA degree, I came across a true revelation, anything can't be done alone. I had a notion that doing anything alone will make all go well. But a careful evaluation of the fact that the word TEAM exists made me change my notion. If you look closely even your body's system can't do anything alone. It needs the team work of every organ to function properly. If anything goes wrong, there is chaos in the body. Same rule applies to automobiles or any machinery. If ay screw of the machinery is loose, the automobile or the machine stops functioning.

Everybody in business needs a team. The team will not only help the businessman to keep the ball rolling but also help him in growing the business. But there are some traits that need to be looked into closely before building the right team as it can go the opposite way as well. I had a setback from my earlier team that led me to failure down the pit. What helped me to rise again was the experience that I had earlier in my life. I failed several times in my education, small blows one can assume but those small blows helped me to face this big blow with ease.

Here's what I look into an individual before including him/her in my team:

Vision is the art of seeing what is invisible to others.

When starting up, you have a vision about your business. A common interview question in a job is 'Where do you see yourself 5 years or say 10 years down the line?' The answer to this question is somewhat vague as given by many people during the interview. For me this question is in itself lame. I will tell you a very valid reason for this.

It happened with me during an interview. The Manager asked me this question 'Where do you see yourself 5 years from now on?' I was like silent for few minutes. I did not know what to say. The answer I gave was somewhat vaguer than the question itself. I left for home preoccupied with the question. I thought hard about the answer. I was not aware about the answer. I cajoled every part of my mind to get the answer. A car brushed aside an inch or may be two inches past me. I was so lost that I failed to hear the horn as well.

I was shocked by the incident that happened all of a sudden. It was a close call of death. I may have died in that accident. I sat silently in a restaurant, all alone. A small revelation made me laugh out loud as I took the last gulp of my beer. The thing that jolted me from inside is quoted below:

'Live the life as is in present. You may have planned the future, but what is planned for you by your life is more surprising than life itself.'

From that day onward, I started enjoying even the smallest achievement I have ever had. The same I look forward in people who want to be a part of my team or want to work with me. I may ask the question to some of them, but the answer I am looking forward is somewhat different than what everybody else wants to hear. I would love to work with people who have same vision as me

A positive attitude causes a chain reaction of positive thoughts, events and outcomes. It is a catalyst and it sparks extraordinary results.

This attitude has come in me after I have failed miserably and rose again. Life is like a sine wave, like an alternating current. It rises, reaches to a peak and then falls, only to rise to a different peak. If one is shaken by these small jolts and enters the negative zone, that person temporarily dies. That individual is dying a slow death every day. If he doesn't plan to think positive after this failure, he will not be able to enjoy the life as is.

I have always looked for people who believe in themselves and have faith that things can be achieved. The point here is that it's not the task that has failed but the way of doing that task is not appropriate for the task. Changing the way the task is done can lead to positive outcome. Believing in this approach is something great to have on board.

3. Not running after money

Throughout my life till now, I have learned that money is like a girlfriend. You keep running behind it, it will slip away faster than you think. Same is when you try to hold it. It will never grow. Money should move in cycle. Same is with the people with whom I want to work with. They should not focus or weigh everything they do in terms of money. When you focus on money only, work is not done at all as your focus is not work but something else.

The team I worked with earlier as okay at the beginning but when it came to work, they focused only on money. For even a small work which they should have done for even free or a petty amount, they demanded money. The demand was not after doing the work, but before even starting the work. I literally was pissed off with such a behavior. I suffered a loss though but I simply moved on without working with them from that very moment.

Every successful individual knows that his or her achievement depends on a community of persons working together.

The biggest blunder that happened with me was that I started off with friends. The worse happened when I started working with them. Two things happened the moment I assigned them the project; they took it very casually and demanded much more without giving anything. I still remember the words that make me smile, 'You either pay in advance or your work is not done.' I cried at that moment but I fall off the chair laughing as I think about it now.

This attitude will only take them to the deep pit downward. They can't say these words to their boss in the company. No company will give them advance salary without working. If they are in such a notion that they will get paid in advance without doing the work assigned then I am sorry to say that they are digging their own grave.

From this experience, I now understand that if I choose to work with any of my friends, work and friendship would be taken separately. If there would be even a smoke of doubt, I simply back off and start looking for other people to work with.

With these points in mind, I am able to build a team that is dedicated towards getting things done. Theycan also help the people struggling in building a successful team. All the best!