How I failed and managed to rise again in my startup! 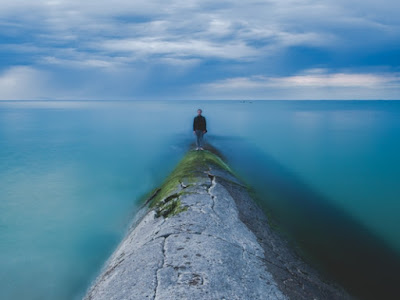 In every success story, you will find someone who has made a courageous decision.

Every individual has his own journey. The journey takes him to a life full of successes and failures with a number of failures more than successes. How could be different then?  I started off with a venture of my own last year, managed to build up a decent clientele and a not so boastful fan following. But sky dawned up on me. From my past experiences my life, I have failed a lot many times. I managed to get up again as I failed and start off again from scratch. But that was in studies, in sports or in any other regular things which happens in every other person's life. I wanted something else from life; life had planned something else for me instead. Encapsulating the sanctity of the entire discussion in two words, 'I failed' and I failed miserably.

From the point of view of how I see myself, I was just another big failure in my own eyes. I had two options, whether to continue and forget what happened or give it all up and barge into my own shell of comfort zone. All I did was nothing of the either. I simply paused and looked back to all the series of events that led to the biggest failure of my life (well until now, the biggest). I started taking down notes from the life which I enjoyed as a regular employee to the one I lived as an owner of a startup. I would like to share my experience with you all today. Maybe it can help you out in some way or the other in your life.

1. I ignored my health

To keep the body in good health is a duty... otherwise we shall not be able to keep our mind strong and clear.

The worse of all, I started ignoring my health. I had this 'sab chalta hai' attitude and got carried away with all the bad habits that one can possibly fall into. I drank less water and more alcohol, slept even less than a worm, food was kept unattended for hours, only to be returned because of the coldness and worst of all never moved my butt off of the seat at all! I suffered from severe lower back spasms as well.

All this led to only one thing, severe weight loss with lot of vitamins and minerals loss.  My thoughts got suicidal and I was thrown off of the roof of my home in my dreams. I would call them nightmares. The most creepy feeling of all which I suffered extreme crawling feeling in my legs which didn't let me sit or stand or sleep.

Read also: Listen to your body!!

Like a fool, I became arrogant in every aspect of my life. I behaved as a moron who thought of being the supreme, above all and I felt like the king. Later on I realized that I was phony, a fake. Arrogance will lead you to nowhere but downfall. I left all the chances that came across my way, missed all the opportunities. I was foolish.

There are two kinds of pride, both good and bad. 'Good pride' represents our dignity and self-respect. 'Bad pride' is the deadly sin of superiority that reeks of conceit and arrogance.

The attitude was changed with immediate effect as I found out that I was heading straight down the hell. It helped a lot to understand of how the things are done when they are needed to be done.

3. I chose the wrong team members

The best teamwork comes from men who are working independently toward one goal in unison.
--James Cash Penney

This was the second worst thing that happened to me. But I don't regret it. I learned something out of it. The people I was working with were only after the money without doing any work. Half of their work I did for them and they needed full money and full credit. I want to ask all of you, which company pays the employees the salary in advance or without any work?

Nobody is a superman or superwoman who can take up all the tasks and deliver on their own. One needs a team to move ahead. The key point here is that the team members should have the same vision as yours. Sometimes as happened in my case also, they fake it. But it surfaces sooner or later. I thank god that I came to know about these people earlier in my startup journey and I didn't get a big blow from them.

How I got over all this?

All the above factors contributed to my failure in some way or the other. I took immediate steps to correct all these. My health took over six to seven months to recover. To the arrogance I had already said goodbye and I was open to more chances and opportunities life threw at me. My team members, how I can forget about them? They would be busy somewhere in their own small world where I have no intention to disturb or communicate with them at all.

Now, when I look back at all the failures that I had previously, I ask one question to myself that when I can deal with them, why I can't deal with this one? I took a break to think about these and it took me a while to correct these mistakes. But in the meanwhile, I didn't stop doing what I did and continued my journey. Yes I am awake and more prepared than before.