How I manage to work on my startup despite being busy 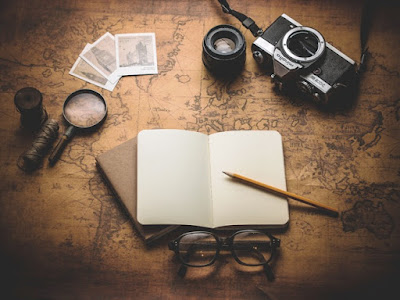 Managing a startup may seem to be difficult sometimes. With the balloon of frustration ready to burst any time, it makes one almost plan to give up. Looking it closely, it is not that difficult to work on to manage the startup. Earlier, I used to have similar feeling several times. I made some changes in my approach to keep the ball rolling. I would like to share what I do to manage my startup despite of being busy.

1. Priority is the key

The key is not to prioritize what's on your schedule, but to schedule your priorities.

Usually we have a lot to do in 24 hours time frame. If one goes on doing things randomly, a mess would be created. The best thing I learned from managing things is to set a priority. A task list is something which is needed. What I do is to create a task list for the next day, a night before. The next day when I wake up, I make sure to review it first thing in the morning.

There are several distractions which will hamper the productivity while doing important things. The key point is to stay away from them. For example attending a call from a friend while you are in the middle of a meeting or browsing your social media channels while working out on a proposal. These are nothing but distractions. If a task takes 20 minutes to complete, complete it first then move on to do anything else.

It may seem foolish but it helps a lot to boost the productivity. Taking short breaks at regular interval of time sets your mind free. You can do whatever relaxes you during that break. You can take a short nap or listen to your favorite song. I like to do mixture of things. I listen to m favorite song and take a nap simultaneously. It seems tough but it come with practice. It sets me free from the stress that builds up while tackling with problem at hand.

Also, it recharges you so that you can work with more energy. Try it and you will know that it surely works.

Sleep is that golden chain that ties health and our bodies together.

Taking a nap frequently is okay but nothing can beat the importance of sleep in the night. Earlier, I used to be nocturnal. I used to stay awake the entire night. Soon it started to disturb me both physically and mentally. I took a call immediately and made sure to cut off from everything at around 10 PM in the night and sleep. I make sure to sleep at least 6 to 8 hours.

It was not that easy at first as there was lot to do which kept me disturbed during the sleep but prioritizing the tasks to be handled the next day made my mind clutter free. I could sleep better with this approach.

5. Food and water is more important than work

I remember an incident which happened with me during one of my MBA days. There was a break during the lectures of around four hours. I went out with a friend to have lunch. Upon returning, we got late. A placement drive was going on where the college was collecting all the relevant data from the students like photos etc. A cameraman was clicking the pictures for the file. As I rushed upstairs, I was stopped by the head of the MBA course on the way. He asked me bluntly, 'Where were you?' I replied, 'I was out on lunch a there was a four hour break.' He got irritated the reason for which I am unaware about till now.

I started to move on. He called me back. 'Placement is more important or food?' I laughed off literally. He again asked me same question. I stayed quiet for three times he asked, but he kept repeating it. I imply replied the fourth time, ' It may seem weird to you sir, according to me food is important than placement.' Hearing this he started moving ahead his time. I stopped him. I  wanted to justify my reply. 'I will take placement to fill my stomach . Till the time my stomach i not full, I would not be satisfied sir.' To this he simply replied, 'You are different. You are not worried about your future anyways. I can't argue with you.' I replied him softly, 'I am not arguing sir. Why should I be worried about something I am not sure about? Who has seen the future? I may not wake up tomorrow. What is the guarantee that I would be awake tomorrow?'

He turned away by saying that he  can't understand me. I recognized this when I suffered from severe deficiencies which I shared in one of my previous posts. So, I leave it to you to decide that what is more important, food and water or work? Like food, water is also important so that you are well hydrated.

I'm shopping around for something to do that no one will like.

It may seem like a girly thing but I will have it somehow. Having new things is not only satisfying for girls but also for boys too. Buy something for yourselves. It can be a cologne, a new shirt or a new phone. It releases good hormones in the body which make you positive. So, time to head out to do some shopping.

Our body needs to move. I will not go in much detail with this one. I go on a walk in the morning to get the sunlight and oxygen. I have installed a pedometer app to monitor the steps I take. I make sure that during the entire day, I walk for around 7 to 8 kilometers. I don't do heavy workout  sue to the back injury I had had recently but will soon start it once it becomes perfect.