Are we losing our senses?


It's been quite disappointing to see people turning down themselves to the most important feelings, empathy, and sympathy. People nowadays are turning somewhat selfish, becoming money-centric and the entire thought process has changed.

All they are caring nowadays is about their own needs, their own desires and are willing to do whatever it takes, even if means hurting someone forgetting what they want.

The result, relationships are becoming sour. This mindset has led them to be self-centric. The thing is playing with their minds and the problem is, nobody knows what the actual problem is!

I recall several incidents when people are becoming numb to what is happening around. I step into the Delhi Metro only to find a bunch of living dead people. I step into one of the person's foot. Ideal reaction in such a scenario is that the person steps aside. But in this case, the same person stays still as if nothing happened. 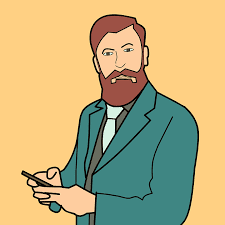 They are so engrossed in the movie or TV series they are watching that they don't even realize what's happening around! All are filled with anguish, the frustration that builds inside due to the unsatisfactory life they are living is vented out in these situations.

I still remember a person I met. He was so busy in a call that he didn't realize that he was pushing me. As soon as we sat, he uttered, 'Strange'. The point I would like to mention is that he didn't make any eye contact or so. I asked him, 'what is so strange?'

An argument started and he uttered something, I uttered something. Later he said, you know I am the commisioner, blah blah. I felt amused and pity at the same time for him. I simply said, 'if you are the commissioner, you should carry a board citing the same so that nobody dares come close to you. Moreover, If you are a commissioner, Government didn't provide you a conveyance? Why the hell are you traveling in public transport?'

He was numb for some time and then he stepped down on the very next station. What's the point of such an argument? Nothing! Only to satisfy his ego, he started the argument. Though it was short-lived, still it gave me a lesson that never to argue with any person as they are senseless and numb to everything and anything around them.

The cycle goes from common sense to nonsense and I am afraid that most of us are going in this direction only!


Have you ever experienced any such incidents? Do share in the comments section below.